“Italy’s first paper-mills were founded in Amalfi in 1220 and Fabriano in 1276. Fabriano’s master paper makers made a series of discoveries, for instance, the invention of the watermark, which was certainly unknown in China and the Arab world. But also hammer mills used to prepare rag pulp and the inclusion of animal gelatin to size paper and so reduce absorbency of ink.

The first paper-mills in Tuscany were founded in the XIIIth century with the Turini mills in Villa Basilica, followed by the Magnani mill in Pescia. Documents confirm that the latter existed in 1404 and rapidly went on to become one of Europe’s most prestigious mills, testified by the fact that Napoleon chose Magnani paper from Pescia for wedding invitations for his marriage to Maria Luisa of Austria“.

Charta Italica by Magnani Mill, the best made in Italy “Couture Stationery”.

This wonderful line of stationery (double or single cards and envelopes in many sizes available in luxurious boxes of 100 pcs.), introduced by Rossi in 2011, made by Cartiera Magnani on cylinder mould machine with a texture obtained with a “Corona” felt, is still available from Rossi thanks to a considerable in stock quantity on the various sizes and colors.

AD 1404 Charta Italica is recommended for all writing application as well as letterpress printing and engraving applications and especially suitable for invitations, this same stationery is also known as “Etrusca” and/or “Arturo”. 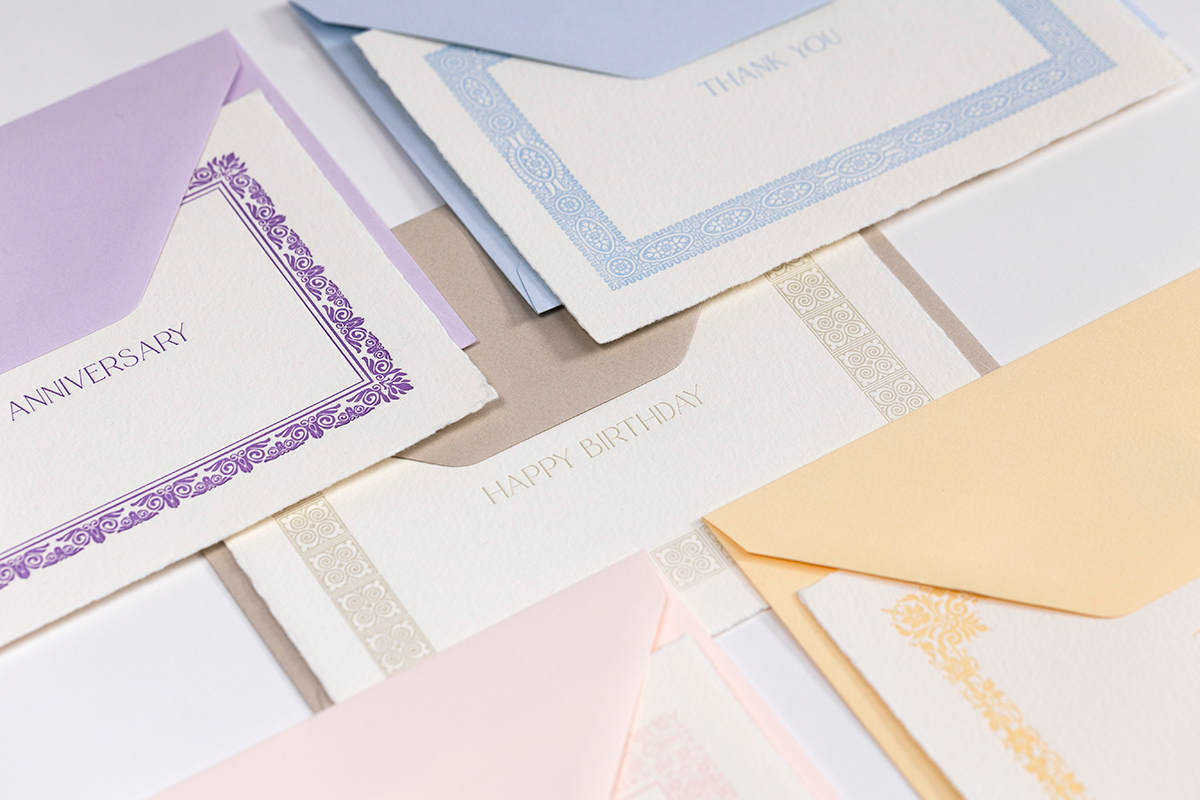